Reese was born in Akron and was a graduate of Buchtel High School, the University of Akron and Western Reserve School of Law. He was admitted to the practice of law in 1962 and practiced intellectual property law in Akron his entire career. At his death he was a principal in the firm of Renner Kenner Greive Bobak Taylor & Weber. Reese was a veteran of the U.S. Army and attained the rank of First Lieutenant.

Reese was a certified track and field official for over 25 years and worked as a starter for many local high school and college track meets, most notably the City Series, Suburban League, OHSAA district, regional, and state championships, Baldwin Wallace and Kent State University. In July 2003 he officiated at the World Masters Track and Field Championships in San Juan, Puerto Rico. He had also served as President of the Akron Touchdown Club. 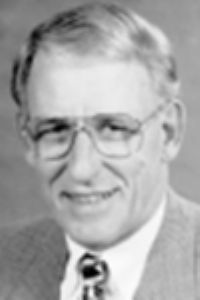