Born in Washington D.C., Bernard falsified his age by two years and enlisted in the Rainbow Division during WWI. He received his law degree from Georgetown University. Bernard moved to Akron, Ohio in 1931. He worked as a patent and trademark attorney for Goodyear Tire for 3 years, and then the firm Ely, Frye & Hamilton for the next 25 years. Bernard was a member of the Akron Bar Association, the American Bar Association, the American Patent Law Association, and the Akron City Club. Bernard is buried in Arlington National Cemetery. 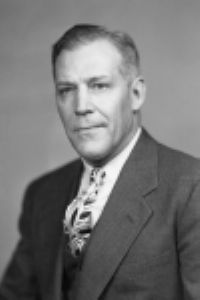