Jack grew up in Munroe Falls, attending grade school in Tallmadge, and high school at Western Reserve Academy in Hudson. Jack survived polio at the age of 21. He went on to earn a degree in Engineering from the University of Akron, and a Law degree from Case Western Reserve University. He then embarked on a 40 year career in Patent law with the firm of Ely, Fry, and Hamilton in Akron, ultimately retiring as the President and Senior Partner of the firm, which by that time had become known as Renner, Kenner, Greive, Bobak, Taylor, & Weber. 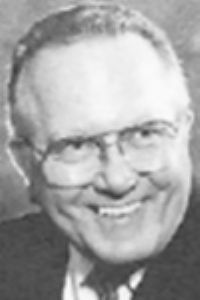