Our Firm was founded in Akron, Ohio in 1917 by Albert L. Ely, Sr. The name of the Firm was expanded to Ely and Barrow when J. Ralph Barrow joined the practice. Around 1934, former Goodyear attorney Bernard C. Frye joined the firm, which was subsequently called Ely and Frye. Everett R. Hamilton joined the firm in 1952, and the name became Ely, Frye and Hamilton. Over the years, the name evolved to Hamilton and Cook, as Mack D. Cook II became a partner. Phillip L. Kenner, Edward G. Greive and Donald J. Bobak became associated with the Firm and the name of the Firm eventually became Renner, Kenner, Greive & Bobak. The firm merged its practice with Reese Taylor’s practice in 1986 and Ray L. Weber’s practice in 1988, and the name was expanded to Renner, Kenner, Greive, Bobak, Taylor & Weber.

Since 1931, the Firm has occupied the landmark, white tower building on the corner of South Main Street and Mill Street in downtown Akron. In fact, the Firm was one of the first tenants of the new building, which was originally called the Central Depositors Bank Building, and boasted a scenic view from the rooftop 31 floors up, known as Akron’s Attic. Like the Firm, the Tower has been known by different names throughout its history: First Central Tower; First National Tower; and FirstMerit Tower, to name a few.

From the beginning, the Firm has represented individual inventors as well as large corporations, and has managed intellectual property portfolios for clients in the U.S. and around the world. Current partners Edward G. Greive, Ray L. Weber, Rodney S. Skoglund, Andrew B. Morton, Arthur M. Reginelli, Mark L. Weber, Tama L. Drenski, and Timothy Hodgkiss continue to represent Fortune 500 companies in all types of matters related to intellectual property. 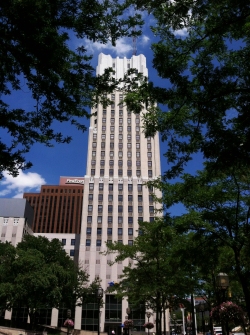 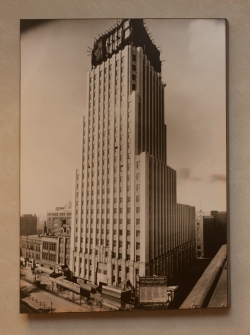